Police officers do not have the right to arrest anybody they please.  They cannot arrest a person just because they fit a vague description of a criminal they are seeking.  They cannot arrest you because they don’t like the way you look or the expression on your face.  There are laws that specify when a police officer can make an arrest, and they must follow those laws.  If you’ve been falsely arrested, a New York City False Arrest Lawyer can help you.

ONE OF THE FOLLOWING IS REQUIRED TO MAKE AN ARREST

ABUSES OF “STOP AND FRISK”

New York’s “stop and frisk” policy is the basis for many false arrests.  The purpose of the policy was to “take a bite out of crime,” but abuses have been rampant. There has been a substantial reduction in stop and frisk false arrests since the landmark decision in 2010 finding the policy “unconstitutional,” but there are still abuses. 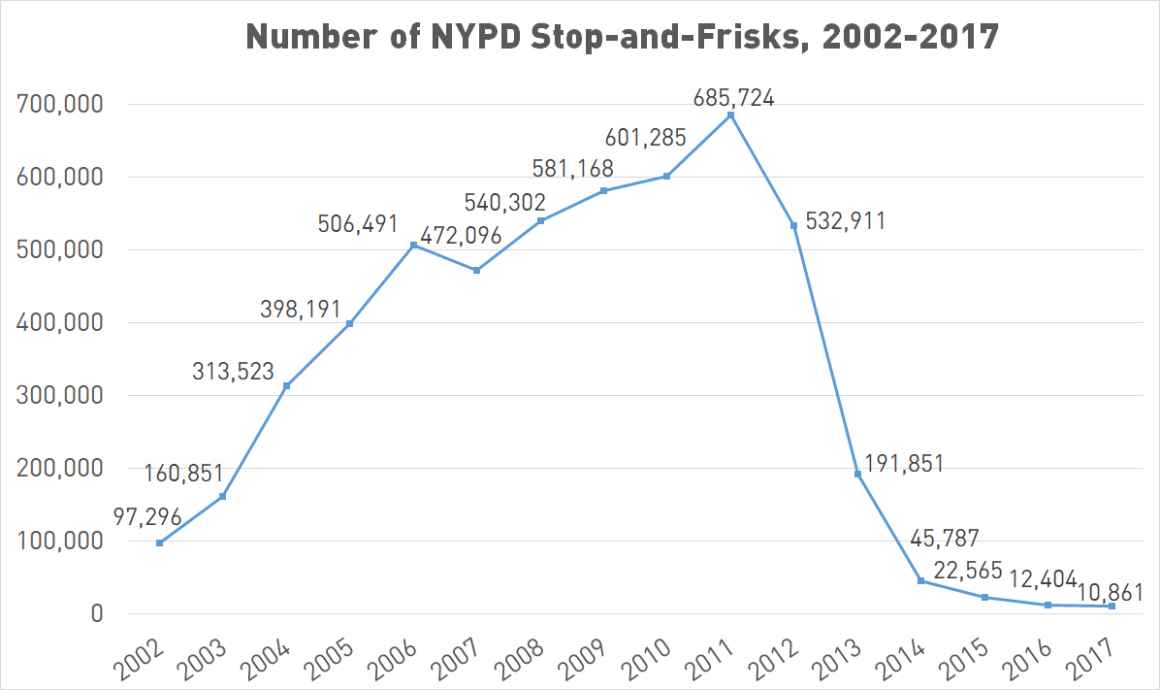 Traffic stops are also ripe for abuse.  A police officer is not allowed to pull over drivers at random, there must be probable cause that a particular driver committed a crime.  Police will skirt the law by pulling over “suspicious looking” drivers for minor infractions that they would overlook for other drivers.  A driver that is arrested after being pulled over without probable cause, should contact a New York City False Arrest Lawyer for advice.

Being arrested one of the most traumatic events imaginable, especially if you are completely innocent of any crime.  You should speak to a New York City False Arrest Attorney if you have been arrested and one of the following applies:

The police will try to show that they had probable cause to suspect and arrest you, even if you are completely innocent, but an experienced New York City False Arrest Lawyer will know how to collect and present evidence to rebut their claims.  This evidence can often show that the police actions were arbitrary, malicious, discriminatory and/or based on racial profiling.

You will need an experienced New York City False Arrest Lawyer to represent you as claims against New York City and the NYPD are complicated.  If your case is strong, it is possible to collect substantial amounts of compensation for your physical, monetary and psychological damages.  Sometimes it is possible to collect punitive damages, but it must be shown that your particular arrest was particularly heinous and meritless.

TIME IS OF THE ESSENCE

If you suspect that you have been falsely arrested, you should call an experienced New York City False Arrest Lawyer immediately.  Filing deadlines against the NYPD are short, and fast action also helps to ensure that evidence is preserved.

If you believe that you are a victim of a false arrest, a consultation with a New York City false arrest lawyer can put your mind at ease.  An experienced attorney can apply the law directly to the facts of your case, so that you have a clear idea about the merits of your case.  You should call as soon as possible because there are time limits that must be met in order to bring cases against municipalities that are often very short.  Filing a claim against the City of New York must be done within 90 days of an incident.