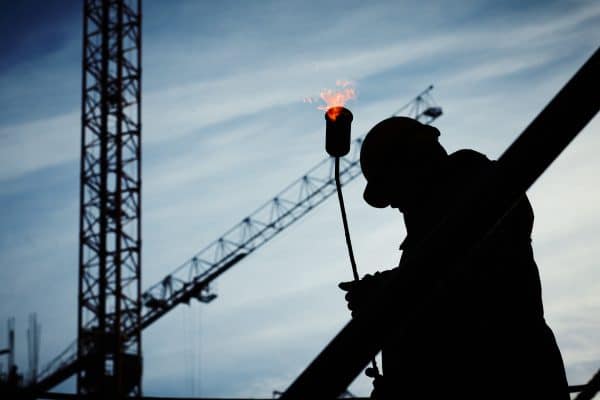 The United States Department of Labor reports that from 2011-2015 there were a total of 220 reported crane-related deaths, about 44 each year in the United States.  More than half of all the fatalities were caused by a worker being hit by either equipment or an object. Three-fifths of the cases were caused by an object or equipment falling.  Transportation and falls down to another level were the cause of the rest of the fatalities.  An experienced crane accident attorney can help you bring any and all claims for compensation available if you are the victim of a crane accident.

Almost half of the workers killed were working in private industry.  Civil engineering had the highest casualty rate, with the manufacturing industry also bearing a heavy toll.  Workers in construction and extraction occupations also had a high rate of crane-related deaths. It is most common for the worker operating the crane to be killed, and the most the State of Texas had the highest rate of crane-related deaths.

If you, or somebody you know, has been the victim of a construction accident, the help of an experienced construction accident attorney is essential to the success of your case.  Construction accident litigation is complicated with multiple defendants and multiple causes of action, including a Worker’s Compensation claim. This is not the time to hire your cousin’s friend!  You need to be represented by one of the top firms in New York City. Call Wittenstein & Wittenstein for a free consultation at 718-261-8114. We take cases that other attorneys give up on, why not call us first!  Why not call not the most experienced crane accident attorneys in New York City?

Clearly, operating a crane is a dangerous profession, but many of deaths could be prevented is safety protocols were followed more carefully.  The Occupational Safety and Health Administration (OSHA) states that there are about 125,000 cranes operating in the United States for the purpose of construction.  They also report the most common causes of crane accidents, most of which are due to the negligence of builders, contractors, and manufacturers.

Crane accidents that at first glance may appear to be “human error,” are often caused by failure to properly train workers and supervisors.  For example, common crane accidents caused by rigging failures, cranes colliding with buildings, power lines, hitting people with heavy loads or objects, and cranes dropping heavy materials are often caused by poor training.  Proper training in how to set up and operates cranes could drastically reduce these accidents. At work sites where there is scrupulous attention to compliance with all safety protocols and operating instructions, the incidence of accidents is much lower.

Cranes overturning, booms collapsing, crane hook device malfunctions and other mechanical problems can be caused by a design defect or by improper maintenance of the crane.  If you are the victim of a crane accident, you need an experienced crane accident attorney to thoroughly investigate these potential claims and gather evidence on your behalf.  If the crane was defective or there is a defect in the design of the crane, then the manufacturer is responsible for a product liability claim. If the crane left the factory in good shape, but was not properly maintained, various contractors and sub-contractors need to be investigated to determine who was responsible for the maintenance of the crane.

What may appear to be an “act of God,” might have been preventable with proper precautions.  Many crane accidents are caused by inclement weather, and could have been avoided if the foreman and owners of the project were willing to shut down for the day to protect the safety of workers.

Due to the nature of cranes operating at great heights, crane accidents often result in catastrophic injuries.  Sadly, many crane accidents result in fatalities and attendant wrongful death claims brought by the victim’s family.  Amputation injuries, Traumatic head injuries, spinal cord injuries, and paralysis are also common. The medical bills and lost earning claims are usually covered under Worker’s Compensation for injured construction workers, even if they are working “off the books” and/or are undocumented.  This is just the beginning of the investigation to uncover third parties whose negligence contributed to the accident.

If you are the victim of a crane accident or another type of construction accident, you need a well-established and experienced team of lawyers by your side to get the compensation you deserve.  Don’t waste your time with small time lawyers that will promise you the moon and not deliver. Call Wittenstein & Wittenstein for an honest assessment of your case. Call 718-261-8114.

What Damages can be Recovered for Personal Injury Claims?

Most people know that they can collect money for “pain and suffering” from parties that accidentally or intentionally harm them, but wonder if there are other types of compensation that can be collected.  This will help you get the big picture about the structure of personal injury claims, so [...]

Should You Hire A Construction Accident Attorney?

3 Red Flags That Can Lead to Construction Accidents

As a construction site manager, you realize that managing your project well is at the top of your to-do list. It is your job to oversee the project from start to finish, and to make sure that all phases of the undertaking are done without a hitch. That alone [...]

Labor Laws protect construction workers injured on the job.  New York’s Labor Laws impose a heavy duty on employers to provide a “safe place to work.”  There is special protection for Construction Workers injured while doing work such as renovation, demolition, alteration or repair of buildings and other structures.  The [...]

New York State Labor Law § 240/241 was one of the first labor laws enacted in the United States.  It predates the Occupational Safety and Health Administration (OSHA) and Workers Compensation Programs.  It was enacted in 1885, and despite lobbying to repeal it, has survived to this day. A [...]

According to the AFL-CIO, Trump’s is obliterating worker safety regulations, resulting in an increasing number of worker deaths and injuries, especially in dangerous occupations such as construction. Construction accidents which maim and kill workers increase and protections for their health and safety are abolished.  Due to these changes [...]