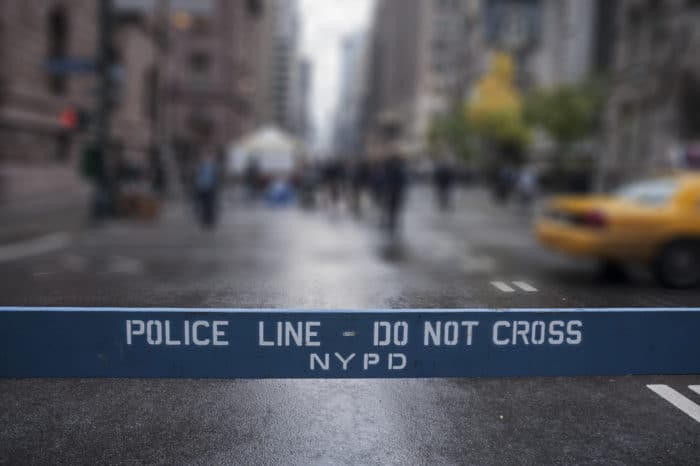 If you have been a victim of police misconduct, you have recourse!  Wittenstein & Wittenstein can help you get the justice you deserve.  The Civil Rights Act of 1871 protects citizens of the United States from the deprivation of their Civil Rights and Privileges by the government or governmental agencies.  Section 1983 of this Act species what must be established to prove this claim:

Local laws and ordinances which deprive individuals of their Civil Rights can also give rise to actions if those laws themselves deprive citizens of their rights.  Informal actions can also be actionable if they are customary.  If you feel a law is being enforced that violates your civil rights or suspect “cronyism,” please call New York City police misconduct lawyer Wittenstein & Wittenstein for our take on the situation.

Some examples of police misconduct which might violate Section 1983:

The Civilian Complaint Review Board (CCRB) is an independent agency that handles complaints of police misconduct in New York City.  Thousands of complaints are filed every year.  These complaints are time sensitive and very difficult for a person to navigate on their own.  Hiring the right attorney is paramount to the success of your claim for police misconduct.  There are additional protections in New York Law that provide further protection.  For example, if you are pulled over by the police, physical force may only be used to control a situation, and never to intimidate.  There are many nuances to the laws and regulations to protect citizens from police misconduct.  That’s why we offer victims a free consultation to discuss their case.

There are many laws on the books to protect citizens from police abuse, but sometimes all it takes is a “duck test.”  If you were arrested because you fit a very broad description for somebody of your race and gender, you should call a New York City Police Misconduct Attorney to discuss a claim for false arrest.  There is zero tolerance for racial epithets during an arrest and incarceration – you should not have to tolerate this abuse, even if your arrest was warranted.  We are here to help.

If you believe you are a victim of police misconduct, please New York City Police Misconduct Lawyer, Wittenstein & Wittenstein at 718-261-8114 for an appointment.

Why You Need The Best Pedestrian Accident Attorney

According to the Center for Disease Control and Prevention (CDC,) close to 6,000 pedestrians are killed by traffic accidents every year. That’s close to a death every ninety minutes! Pedestrians are much more likely to be killed or suffer catastrophic injuries from a crash, with over 135,000 treated yearly in emergency rooms. Pedestrian accidents are the number one cause of death for children under the age of fourteen, and the number two killer of seniors. In response, NYC has developed a “Vision Zero” plan to eliminate preventable crashes through enforcement, engineering and education. The best car accident lawyers in Queens have worked with the city to share their knowledge of how to prevent more accidents in [...]

Since the New York State legislature passed The Child Victims Act in January, 2019 victims of child abuse have been successfully bringing claims for abuse that occurred when they children. The Act extended long expired statute of limitations, allowing victims one year to sue their abusers for acts that were committed decades ago. The deadline for filing claims under the original act was August 14th, 2020, but the NY Legislature voted last Spring to extend until August 14th, 2021. This means that victims Dr. Robert Hadden has only 226 days left to file an action against him for sexual exploitation and abuse carried out while providing medical treatments. If you were abused by Dr. Robert Hadden, [...]

How I Learned To Love Being An Ambulance Chaser

When my dad took me to play tennis and ice skate - when we took our yearly Winter trips to visit relatives in Florida - when we shopped at Saks and Bloomingdales - all I ever heard was how my dad’s law practice paid for all of it. What was he doing to make money for all these nice things? I didn’t really know, but sometimes people would chuckle and say he’s an ambulance chaser. I didn’t really like the sound of this and wished that my dad was something cool like an actor or a civil rights leader. It’s been a long road, but I’ve come to understand the value of the business he built [...]

No Case Is Too Big Or Too Small

Too many people are afraid to contact a personal injury attorney because they’re afraid their case isn’t big enough. It’s quite true that some cases are not worth pursuing, but the reason is usually not simply that they’re small. If you’ve been injured and it’s not your fault there’s usually something you can do to facilitate healing or collect money. Wittenstein and Wittenstein is dedicated to providing access to the highest quality legal advice to all people seeking legal advice in New York City and Nassau County. We’ve achieved some of the highest settlements and verdicts in the Great New York Metropolitan area, but we’ll still take the time to help you with your small case [...]

How To Find The Best Accident Lawyer

Everybody always wants to hire the best. This is true when you’re looking for a doctor, lawyer, accountant, plumber, electrician or babysitter. The challenge is how to define the “best.” When my daughter wanted to go to a sleep away camp, I asked my friends to recommend the “best” camp. My daughter hated it because they didn’t play sports enough there. I asked my friend, and she said her daughter hates sports, that’s what she loved about the camp - very little sports. So, if you’re looking for the best accident lawyer in Forest Hills, it’s important to give some thought to what’s important to you. Do You Like To Be Informed? I’m the kind of [...]

The Importance of Choosing the Right Brain Injury Attorney

When you, or somebody in your family, is injured in a serious accident, the wolves start to circle around looking for their kickback. These predators don’t care about access to state of the art medical facilities or the accommodations to homes and vehicles that can improve the quality of life for you or your loved ones. All they care about is the kickback they’re going to get from the unethical attorneys and therapy mills that they work with. Steer clear of these scoundrels and hire the top brain injury attorney in Queens that will provide excellent service and knows how to obtain the huge settlement or verdict that’s required to fully compensate victims. Traumatic Brain Injuries [...]