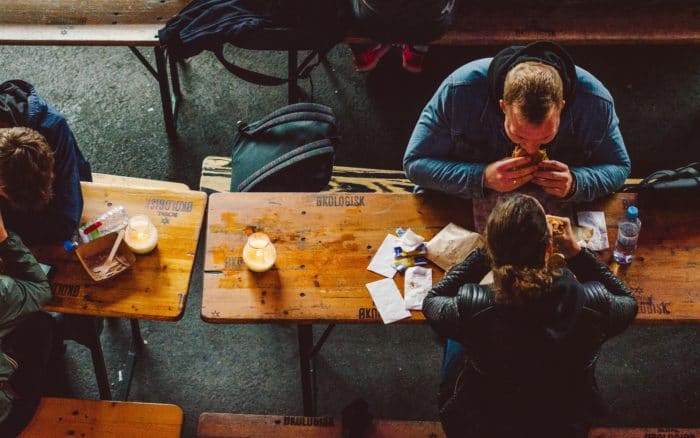 The last thing most people would want to experience after eating a meal is food poisoning. Unfortunately, based on Center for Disease Control and Prevention’s (CDC) data, almost 48 million Americans are affected by food poisoning every year. That is 1 in every 6 Americans. Out of those cases about 128,000 are hospitalized, and approximately 3,000 result in death.   That’s when you need an experienced New York City food poisoning attorney to help you get the compensation you deserve.

WHAT EXACTLY IS “FOOD POISONING?”

Food poisoning, also known as foodborne illness, occurs when individuals become sick from consuming contaminated food. The food usually contains some sort of bacteria or virus that then leads to symptoms such as nausea, vomiting, diarrhea, cramps, and/or fever. Some of these bacteria include but are not limited to e. Coli, listeria and norovirus. Foods known to be susceptible to these sorts of bacteria are meat, dairy products, poultry, and leafy greens such as spinach. While some cases are minor, resulting in mild discomfort over a period of a few days, more serious cases can lead to hospitalization or even death. People with weak immune systems such as young children, the elderly or the ill have greater chances of facing a difficult recovery after going through food poisoning.

You need an expert New York City food poisoning attorney because these cases are complicated for several reasons:

Your case can be strengthened if:

To determine the true value of your case, a New York City food poisoning attorney will take several factors into consideration:

If you are suffering from food poisoning, after seeking medical help, reach out to an attorney right away. Here at Wittenstein & Wittenstein, we have over 60 years of dealing with food poisoning cases. Call 718-261-8114 today for a free consultation.

If you’ve been seriously injured on somebody else’s property, you [...]

Should I Hire a Personal Injury Lawyer?

It’s opening night at your best friend’s new restaurant and [...]

There’s no place to hide from attorney advertising.  You can’t [...]

The founders of the United States and the drafters of [...]