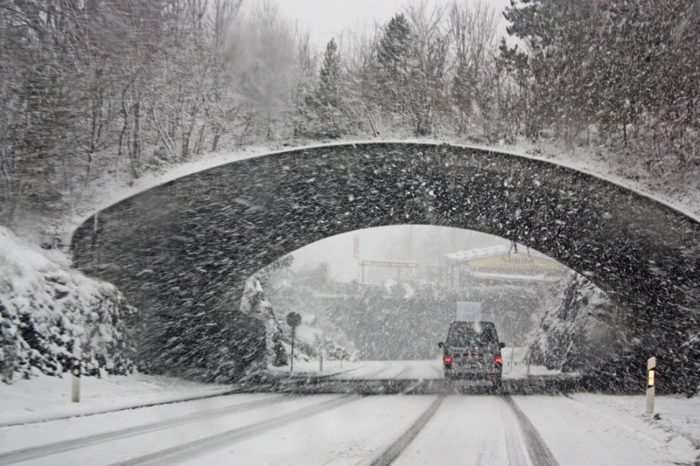 New York looks beautiful with a glowing coat of snow, but getting around can become challenging and dangerous, whether by car or on foot.  A property owner may be liable if they create or do not alleviate a dangerous condition and somebody gets hurt.  You can find out if you have a claim for injuries sustained as a result of snow and ice by calling New York City Snow and Ice Lawyer, Wittenstein & Wittenstein.  We’ve been handling snow and ice accident cases for over 60 years, benefit from 0ur experience by calling us first.

New York City requires that snow and ice be completely removed AFTER a snow storm has ended.  Property owners are not responsible for injuries caused by snow while it is still falling.  That said, many property owners will take precautions such as putting down salt during a storm to minimize the chance of injuries, and to make the snow easier to remove once the storm ends.   Store owners can have employees mopping up the snow and ice that’s tracked in, and can put up signs warning of slippery floors.  There are services that can be employed to remove snow and ice as soon as a storm ends.  They can provide adequate lighting so that hazards are visible.  If you’ve been injured in a snow and ice related accident, a call to a New York City snow and ice accident lawyer can provide you with valuable information about your right to compensation.

Even though property owners have limited liability during a storm for snow and ice that accumulates, they can be responsible for hazards that increase the chance of an accident such as broken gutter systems, clogged drains, sloping or cracked parking lots or holes that are obscured by snow.  What is considered “reasonable care” for snow and ice removal depends very much on the location, time of year and the layout of the particular property.  Property owners are also liable when they make the condition worse with their actions.  For example, if they melt snow that refreezes into a sheet of ice, creating a danger much worse than the snow accumulation, they can be held liable for injuries that result.

Pedestrians and drivers also have a duty to use a higher standard of care during and after a snow storm.   Drivers are expected to travel below the speed limit in these conditions.  Pedestrians are expected to be exceedingly careful and wear appropriate rubber soled footwear.  The courts will take a plaintiff’s carelessness into account and reduce their damages by the amount that they contributed to the accident.  For example, a lady wearing leather soled high heeled boots during or after a storm, would likely have any recovery substantially reduced by her contribution to the dangerous condition.  Similarly, somebody that falls on ice because they are looking at their phone and texting while walking, would face a deduction for comparative negligence.  If you are wondering if you might have contributed to your snow and ice accident, a call to a New York City Snow and Ice Accident Attorney will get you the information you are seeking.

With so many people sheltering in place, it’s no surprise that the food delivery business is booming. Unfortunately, this is causing a huge rise in accidents involving delivery vehicles. If you’re involved in an accident with a DoorDash vehicle, it’s going to require a large amount of investigation and legal expertise to figure out who’s responsible for medical bills, lost earnings and other expenses. DoorDash, Grubhub, Postmates, Uber, Lyft and other “gig economy” companies are trying very hard to avoid financial responsibility, with lawmakers forcing them to do more to protect workers and injured victims. As a result, the laws are constantly changing, making these challenging personal injury lawsuits. That’s why people injured in an accident [...]

Should I Hire A NYC Grubhub Accident Lawyer?

NYC Grubhub Accident Lawyers New York City has become the epicenter of the Covid 19 Pandemic, making going to the grocery store a terrifying prospect. The streets are quiet except for the blaring of ambulance sirens. Food delivery workers are out on the front lines, delivering breakfast, lunch, and dinner to New Yorkers sheltering at home. Grubhub is one of the most popular food delivery services in New York City, and it’s no surprise that a large percentage of traffic accidents involving Grubhub deliveries is rising. Grubhub crash accidents are complicated and the laws are constantly changing. That’s why injured drivers need to hire an experienced NYC Grubhub Accident Lawyer to handle their case. What To [...]

WHAT SHOULD I DO IF I’M INJURED IN A BICYCLE ACCIDENT DURING THE COVID 19 PANDEMIC?

The NYPD is reporting that bicycle accidents are up close to 50% this March. This is because more people are using bikes to get around now that public transportation is so unsafe. There’s no reason to stop biking. In addition to being good exercise, it’s also a social distancing method of transportation. But if you’re going to be riding in NYC during this crisis, you should know what to do if you’re injured in an accident because the usual procedures may not apply. It’s important to speak to a NYC Covid 19 bicycle injuries attorney as soon as possible after your bike accident to get specific advice for your situation. NYC COVID 19 BICYCLE ACCIDENT ATTORNEY [...]

Do I Have The Right NYC Coronavirus Personal Injury Lawyer?

Coronavirus restrictions have shut down physical access to most attorney’s offices,  but that doesn’t have to mean your case is sitting idle in a file cabinet. It does mean it’s important to choose a firm that is prepared to handle both existing and new cases efficiently no matter how long this crisis lasts. Smart attorneys with offices that are paperless, cloud based and equipped with video conferencing technology can still handle your cases successfully. You just need to make sure your case is with a NYC Coronavirus Personal Injury Lawyer that’s up and running. Wittenstein & Wittenstein is the NYC Personal Injury Law Firm that’s been on the forefront of technology for over 60 years - [...]

The Coronavirus pandemic has changed life as we know it in New York. We’re worried about our health, and the health of our friends and neighbors, doing everything we can to avoid spreading the disease. Some people with sick relatives may be wondering about their legal options if they or a family member contracts the disease. It’s important to know that it’s possible to collect compensation for personal injury or wrongful death from persons or entities that are responsible for the infection. That’s why it’s important to speak to a Coronavirus Injury Lawyer if you believe you or your loved one’s infection could have been prevented. Wittenstein & Wittenstein is a New York Coronavirus Lawyer that’s [...]

We are hoping that you and your family are well and managing this crisis smoothly. Please let us know if there is anything at all we can do to help you. Our office is located on the first floor of a townhouse that is accessible without social contact, so we’re planning to remain fully operational throughout this crisis. Don’t hesitate to call on us if you’re in need. Please DO NOT show up at our office without an appointment - we are doing all work remotely at this time. Your Current Cases Are Being Worked On All of the civil courts are currently closed. We are working on rescheduling court appearances, depositions and other important litigation [...]