Dangers of the State Island Ferry

Ferry travel feels so safe, none of the lane changing and stress of driving, but The New York Post has reported that ferry captains warn that The Staten Island Ferries are “ticking time bombs.”  After a major accident in 2003, there has been some scrutiny of the safety of these aging ferries, and what’s been revealed shows that most of the ships suffer from serious safety problems.  The ferry captain, who wanted to remain anonymous said of the ship’s propellers, “They often fail, resulting in the shutdown of one or more of the four “drives” that are linked to propellers, making it at times impossible to slow, or even stop, the boat.”  Hard stops and other malfunctions are common, as are the injuries, sometimes serious, that result.  If you’ve been injured on the ferry, you should call Staten Island Accident Lawyers with experience with boating accidents and maritime laws. There was a serious crash was in 2017, and NBC reported that forty people were injured, and on in August, 2018 10 people were killed in yet another crash.  If this were a private company, the Coast Guard would likely shut them down, but since this is a government-owned transportation entity, safety enforcement is internal, and the hazards are apparently being overlooked.   Holding responsible parties accountable for these accidents becomes the responsibility of individuals and Staten Island Accident Lawyers.  If you have been injured in a ferry accident, it’s important to speak up.  Getting compensation for your injuries is something you deserve, but you will also be playing a part in helping to improve transportation safety for Staten Islander STATEN ISLAND ACCIDENT LAWYERS FREE CONSULTATION NO FEE UNLESS WE WIN STATEN ISLAND ACCIDENT LAWYERS CALL +718-261-8114 Wittenstein & Wittenstein is well known as the best New York City Personal Injury Firm for a very good reason.  We’ve been handling accidents, medical malpractice and other types of personal injury cases for more than 60 years, obtaining millions of dollars in compensation for thousands.  Our original client’s grandchildren are our clients today.  See what we can do for your family. […] 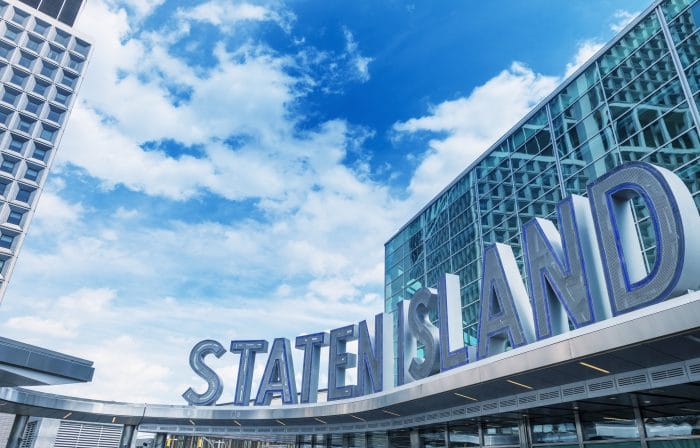 Staten Island was formerly the home of the World’s largest landfill, causing a stink that could be smelled for miles away.  After it’s closing in 2001, the City began the huge task of converting it into a park, but it won’t be completed until 2036.

Staten Island is also home to some of the City’s most historic buildings.  Richmondtown abounds with restored buildings dating from the 17th Century. The Alice Austen house on the North Shore is a treasure, and visitors can enjoy the permanent collection of photographs by this groundbreaking woman photographer.

Staten Island was named after the “Staten Generaal,” the legislature in Holland, as most of the settlers were Dutch.  Did you know that in 1993, Staten Island voted to secede from New York City? I bet you know it didn’t actually happen!  Rudy Guiliani appeased residents of Staten Island and they called it off.

Staten Island is home to the Jaques Marchais Museum of Tibetan Art, a treasure trove of artifacts, musical instruments, paintings and other artwork from the region.  It holds meditation classes on it’s charming grounds. Did you know that George R. R. Marin, who grew up in New Jersey, used to look out his window and gaze at Staten Island?  In a recent interview, he said that the shape of Staten Island was his inspiration for Westeros in the Games of Thrones.

UNUSUAL THINGS TO DO IN STATEN ISLAND