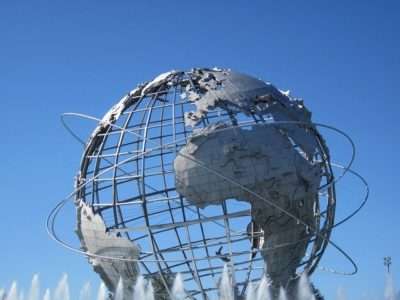 In 1958, founder Frederick M. Wittenstein opened our office on Utica Avenue in Brooklyn.  The firm expanded to Queens in 1985 with its beautiful new offices in historic Forest Hills.  Now a fixture in the community, we help people that have been injured in a wide variety of ways.  Like all personal injury lawyers in Queens, we can represent you for a car accident or slip and fall, getting you the highest possible settlement or verdict while providing you with astounding customer service throughout the process.  We go the extra miles for all our clients, even the small cases, because we want to tell your family and friends what a great job we did.  That’s the secret our success.

We are a well-established Queens injury lawyers, dedicated to serving the needs of our clients by getting the highest amount of compensation possible, holding their hand every step of the way.  We’ve collected millions of dollars, for thousands of people, for over 60 years.  The grandchildren of our original clients come to us when they get hurt because they know we can turn their lemons into lemonade and they’ll walk away with a smile of their face.  We handle cases in New York City (Queens, Brooklyn, Manhattan, The Bronx, Staten Island,) Nassau County, Long Island and Westchester.  If you are unable to come to our office in Forest Hills, we will come to your home or to the hospital for an initial consultation.  If you have an actionable case, we can get started on it right away.  Leave the legal work to us so you can focus on your health. Call 718-261-8114 for a FREE CONSULTATION with Queens Injury Lawyers or CLICK HERE.

At Queens Injury Lawyers Wittenstein & Wittenstein we work on a contingency fee retainer.  This means that if we accept your case, you don’t have to pay us a dime until the case is either settled or a verdict is rendered.  If we are not able to collect anything, you owe us nothing. We will help you get your medical bills paid, collect your lost earnings and out-of-pocket expenses.  We will investigate, collect evidence and aggressively prosecute your case.  We will always be available by phone and e-mail and will answer your questions and address your concerns promptly.  This is the level of service our clients expect, and that’s why we’ve been in business for more than 60 years.  For more information on Queens Injury Lawyers CONTINGENCY FEES.  For a FREE CONSULTATION call 718-261-8114 or CLICK HERE.

At Queens Injury Lawyers, Wittenstein & Wittenstein maintains it’s reputation as one of New York City’s Top Personal Injury Law Firms by achieving outstanding settlements and verdicts, combined with providing the best customer service in town. We bend over backward to make sure that our cases are prepared for settlement or trial with the utmost care. It is also extremely important to us that every single one of our clients is informed about their case every step of the way.  For more information about the firm CLICK HERE.

If you’ve been seriously injured on somebody else’s property, you might be wondering if you should sue. You are considering making a premises liability claim, but you don’t want to be a greedy nasty person. On the other hand, you've lost time from work and can’t enjoy the same physical activities as before the accident, so it’s natural to consider whether you’re entitled to compensation. That’s why we’re going to outline how courts determine whether a property owner is legally liable when somebody gets hurt. It’s always a good idea to call us at 718-261-8114 if you’ve had any kind of accident for a specific answer regarding the facts of your particular situation. Premises [...]

Why Is Every Lawyer Rejecting My Case?

You had a car accident and you’ve called every Queens car accident attorney, every Brooklyn car accident attorney and every attorney in Manhattan, The Bronx and Staten Island and they’ve all told you to get lost.  You don’t understand - you were injured, and it wasn’t your fault, so you’re wondering, “Why is every lawyer rejecting my case.?”  Accident attorneys work on a contingency fee, meaning that they only get paid if they are successful. They don’t want cases that are likely losers, so it’s important to understand what might make your case a loser. Do You Have A Serious Injury? New York is a “no-fault” state.  This means that vehicle owners are required [...]

What To Expect From a Personal Injury Attorney

How to Find the Best Kew Gardens Accident Attorney

If you’ve recently been involved in an accident, beware of the swarms of vultures trying to prey on your misfortune.  Reputable Kew Gardens accident attorneys don’t hang around emergency rooms, giving out out cards for “therapy places,” they don’t keep calling you after you tell them to stop and they definitely don’t offer you thousands of dollars in cash to retain their services.  Would you hire a surgeon that robo-called you and wanted to give you cash to let them operate? Don’t think so! Here’s how you can find a reputable accident attorney for your case. Does the Kew Gardens Accident Attorney Have a Strong Reputation? Keeping the medical analogies going . . . [...]

How To Choose the Right Glendale NY Accident Attorney

If you’ve been injured in an accident, you might be bombarded with attorneys chasing your case.  The therapy place is demanding that you treat five days a week, and insisting that you hire “their” attorney - they might even encourage you to retain an attorney by signing papers with them, without even meeting the attorney.  If this doesn’t sound like the best way to hire a professional, this article will help you learn what to consider when you need to hire a Glendale NY accident attorney. Ask These Questions Before Hiring a Glendale NY Accident Attorney Is representing people injured in accidents the primary focus of your practice? How many years of experience do [...]

Who Needs an Accident Attorney?

We’ve all heard our share of jokes about ambulance chasers, those sleazy guys in cheap suits trying to take advantage of people that have been injured.  As with every profession, there are those few embarrassments that act like these stereotypes, but if you’ve had an accident and you’ve been seriously injured, DIY representation is probably not your best choice.  A reputable Rego Park accident attorney can help you collect the money you deserve for compensation, without the stress and likely poor results you can expect by doing it yourself. Can You Sue For Pain and Suffering on Your Own? Yes, you can represent yourself in a claim for pain and suffering caused by an [...]

Injured In A Work-Related Car Accident? Here’s What You Need to Know!

Everything You’ve Ever Wanted to Know About Truck Accidents

According to the U.S. Department of Transportation, most truck accidents fatalities are to persons in passenger vehicles in collisions with 18-wheelers, big rigs, tractor trailers and other large commercial vehicles.  Despite increasing safety regulations, truck accidents have increased substantially since the 1990’s.  This could be due to downturns in the economy that are causing drivers to work longer hours or from recent legislation that rolls back safety legislation. Why You Might Need a Truck Accident Lawyer in NYC It’s also not surprising that truck accidents are the leading cause of catastrophic injuries or fatalities from vehicle accidents.  These cases are often multi-faceted, including worker’s compensation, interstate or international litigants and large amounts of insurance [...]

Queens is the largest borough in New York City, and it’s not Archie Bunker land anymore.   Did you know that there are more languages spoken in Queens than anyplace else on Earth? Half of the borough’s population is now foreign-born, and this diversity flavors Queens with the widest variety of ethnic restaurants in the City.

Queens is also home to the Jamaica Bay Wildlife Refuge teaming with over 300 species of birds, as well as reptiles, small mammals, amphibians and over 50 species of butterflies.  Don’t miss the horseshoe crabs making their way onshore in early Spring.  If nature’s not your thing, there’s MOMA’s branch PS1, with groundbreaking exhibits and events.  A former dumping ground became Socrates Sculpture Park, a local favorite with large-scale sculptures, performances and outdoor film screenings.

Queens is also famous for being the birthplace of religious freedom in the United States.  When Peter Stuyvesant enforced a 1656 law prohibiting “illegal” religious meetings, 30 brave men organized a protest in Flushing to stand up for religious freedom.  The protesters were harshly punished, but did succeed in bringing the issue to light, and paving the way towards religious freedom in America.

INTERESTING AND OFF-BEAT THINGS TO DO IN QUEENS