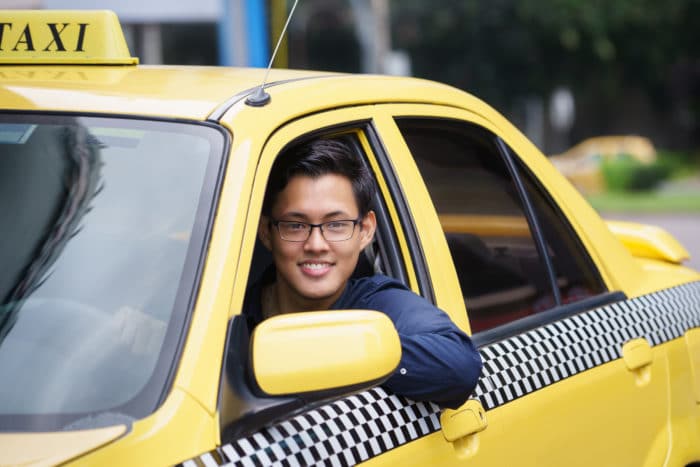 For over 60 years Wittenstein & Wittenstein is your New York City taxi driver lawyer.  We are proud to represent drivers of Ubers, Lyfts, Vias, black cars and liveries.  We take a special interest in our City’s hard working taxi drivers, making sure that they have the best representation possible when they’ve been injured in an accident.  When you’ve been injured in an accident, we’ve got your back!

We know that taxi drivers are industrious New Yorkers tirelessly work long hours helping people get where they need to go.  They have more accidents than other drivers, not because they don’t drive well, but because they spend so many more hours on the road.  When a taxi driver has an accident, they need the services of an attorney that understands their needs and is committed to serving the taxi driver community.  We provide the specialized help you need.

TAXI DRIVERS DESERVE AN ATTORNEY COMMITTED TO THEIR NEEDS

So, if you are a taxi driver that’s been injured in an accident, you’ve come to the right place.  We have great pride in the work we do to help the professional driver community.  If you drive a taxi, Uber, Lyft or livery, you deserve a taxi driver lawyer that really cares about your business, and is willing to go the extra mile to help you.

It is important for a taxi driver to know that the “no-fault” car insurance will often NOT cover them for medical bills, lost earnings and out of pocket expenses.  When no-fault doesn’t apply, Workers Compensation is available.  An experienced accident lawyer should always file for both no-fault and workers compensation, so you are covered either way.

If you are a medallion owner or livery owner, no-fault will generally cover you, but a taxi driver, operator or lessee is considered an employee unless they are leasing a taxi from the owner of the taxi and the owner of the taxi personally, regularly drives the taxi an average of 40 or more hours a week.  To avoid having a Worker’s Compensation policy for a lessee, the lessee must meet the criteria as an independent contractor.  This means that the owner-operator may not in any way “control, direct, supervise, or have the power to hire or fire such lessee.”  There is also the issue of whether or not a driver was “in the course of their employment.”  There are “gray areas” such a driver’s on their way back to the base or on a lunch break.  In this case an experienced New York City Taxi Driver Attorney will file for both no-fault and Worker’s Compensation and let the insurance companies battle it out, ensuring that you have coverage either way.  This is complicated stuff, and the facts of your particular situation will ultimately dictate where coverage is obtained.  This is not something you want to risk doing on your own.  You need New York City Taxi Driver Lawyer – Wittenstein & Wittenstein to help you navigate this territory!

HOW DO NO-FAULT AND WORKERS COMP BENEFITS DIFFER

Medical benefits under no-fault and worker’s compensation differ.   No-fault allows you to treat immediately, getting the testing and procedures you need from doctors that accept no-fault insurance.  You are required to attend examinations with doctors hired by the insurance company and sometimes the benefits will be cut off quickly.  Some doctors, knowing that no-fault cuts off benefits quickly are willing to treat patients after their cut-off and hire lawyers to arbitrate their bills with the insurance company.  If a person truly was in need of care, they are usually successful in collecting payments for their bills, and will not charge the patients if they don’t collect money, or will at least wait to be paid out of the proceeds of the settlement.  For more information on “no-fault” benefits, see our blog post “Everything You’ve Ever Wanted to Know About No-Fault.”

SPECIAL LAWS AND REGULATIONS FOR UBER AND LYFT

New York City has taken action to hold Uber drivers to high standards and passed some of the toughest rideshare regulations in the country. Uber drivers in NYC must hold a special license issued by the New York Taxi and Limousine Commission, and carry insurance designed for cabbies and other commercial drivers.  Just like taxi drivers, the New York Taxi and Limousine Commission requires rideshare drivers transporting up to eight passengers to have a minimum of $200,000 in no-fault insurance, and liability policies that cover at least $100,000 per person and $300,000 per incident.

These minimum rates were mandated to protect drivers after several high profile accidents where Uber drivers were seriously injured while driving their own car while on their way to pick up a passenger, and Uber refused to provide coverage.  That said, accidents while driving an Uber are complicated, and you need the an attorney that is a specialist in the field, dedicated to helping drivers.  You need New York City Taxi Driver Lawyer – WITTENSTEIN & WITTENSTEIN!

We dedicate ourselves to helping drivers, always up on the latest changes in laws and regulations, and the best part is, you don’t have to pay us a dime until we collect money for you.  You’ve got nothing to lose and everything to win.  Call us for a FREE CONSULTATION at 718-261-8114.

UBER DRIVER LAWYER 1. LOG IN TO THE PASSENGER APP The passenger app will show you where all the Ubers are - if there is too much competition where you are, you can drive to another location. 2. LOG OUT AND BACK IN FOR INCREASE SURGE FARE Surge fares are calculated based on driver availability.  At a likely time for a surge (such as closing time for bars in your area) first log out (to reduce availability) and then back in to catch a large surge. 3. PROVIDE WATER AND SNACKS FOR PASSENGERS Now that the Uber app allows passengers to tip, it's even more worthwhile to make them comfortable.  The passengers will appreciate the effort, [...]

Oh No! – I Had an Accident While Driving a Taxi (Uber, Lyft, Livery)

TAXI ACCIDENT NYC - WE CAN HELP When you have an accident while you are working, your case has two parts.  The first part is to establish how your first party benefits (medical care, lost earnings, out-of-pockets expenses, etc.) will be paid.  In most cases those benefits will be paid by Worker's Compensation, but in some circumstances they are paid by "no-fault" under the car insurance policy of the car you are driving.  Since this is not always crystal clear at first, we always file for no-fault benefits as well as referring our clients to a Worker's Compensation attorney to file a claim there.  There are also situations where it is not clear that you were working, such as if you [...]