Air travel is statistically the safest form of transportation.  It’s safer than cars, buses and even trains!  Yes, when an aviation accident happens, it’s usually devastating.  Wrongful death, grave injuries – shattered lives and families.  Aviation litigation, like many other types of law, has it’s own unique regulations and statutes that specifically govern this field.

These huge accidents always have more than one place to look for fault.  The National Transportation Safery Board, independent investigators, the airlines and the aircraft manufacturers are all leading investigations of their own.  Sometimes it is not possible to know what caused the crash for quite some time.

These accidents are much more common and don’t always make the news.  Commuter planes and “air taxis” hold less than 30 people and have many more accidents.  These craft are subject to different regulations and laws than commercial aircraft, often with less stringent guidelines for training and safety.  There is also more of a chance of survival as there are flights with emergency landings where people are injured, but many survive.

These aircraft are often flying in adverse conditions, attempting to save lives.  They bring people with heart attacks and severe trauma to a medical facility that has the resources to care for their emergency conditions as they are the fastest way to get there.  The pilots and crews are highly trained, but unfortunately, accidents are more common than you’d think due to the stress of the situation.  To save lives than often fly in conditions that would ground less urgent transportation.

Resorts advertise helicopter fights as an opportunity to get a more spectacular vista than is possible from the ground.  Wealthy “jet setters” use these flights to save time and show off.  The risks of these rides are serious!  The standards for safety and training are much lower than with any other type of air travel.  The smaller the craft, the more vulnerable it is to weather conditions and the pilots have much less training – this can be a recipe for disaster.  Whereas Commercial Air Travel is the safest form of travel, this is the most dangerous, so don’t confuse the two!

Vacation spots advertise helicopter tours as a once-in-a-lifetime chance to see your destination from a unique perspective. Athletes, executives, musicians, government officials and celebrities may opt for a charter helicopter to travel shorter distances. Unfortunately, the risks in a helicopter ride are greater than the possibility that you will crash or have an accident on a commercial airline. Helicopters are more vulnerable to bad weather, have more moving parts than airplanes and are more difficult to handle for novice pilots. Slack Davis Sanger brings a long history of successfully helping families secure just compensation related to helicopter crashes and accidents.  If you, or somebody you know, has been the victim of an aviation accident, call Queens aviation accident attorney Witenstein & Wittenstein at 718-261-8114, for a free consultation. 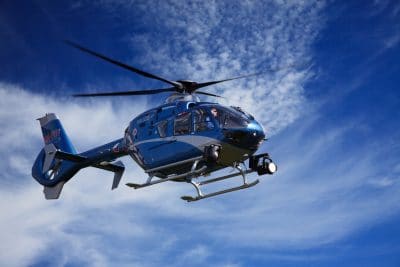 NOT ALL AVIATION ACCIDENTS ARE MAJOR CRASHES

This current problem only adds to the problem to a problem that already exists in the crowded skies in and around New York City.  Aviation accidents in New York City are more common than people think they are. Sure, flying on scheduled commercial flights is statistically the safest way to travel, but small plane and helicopter accidents are quite common.  Not all aviation accidents are crashes to the ground that kill the entire crew and passengers, many of these accidents are close to the ground or are rectified in flight, but still cause serious injuries. Helicopters have the worst safety record of all, and accidents are frequent.  There are currently close to 90 helicopter flights in the City!

In March, 2018, when all the passengers were killed when a sightseeing helicopter crashed into the East River.  For this particular flight, to facilitate photography, the doors of the helicopter were taken off, and the passengers were strapped extremely tightly into their seats.  They were given a knife to cut the seatbelts in case of emergency, which did not work out to well for them, to say the least. As a result of this aviation disaster, the Federal Aviation Administration (FAA) banned taking the doors off of helicopters for photography and sightseeing purposes.

There have been movements before to ban helicopter operations from the City.  There was pressure after a 1977 accident, when a blade came off a helicopter that was on route from the Pan Am building to Kennedy Airport, killing all aboard and a pedestrian on Madison Avenue.  In 2011, after another major aviation accident in New York City involving a helicopter, politicians called for a ban, citing 28 accidents since 1983, with 19 deaths. The ban never happened, and all that was accomplished was that the City reduced the number of tourist helicopter flights over New York City from 60,000 to 30,000 a year.  Wow!

‘Small planes fly in and out of New York’s City’s major airports everyday, with significantly less regulation than commercial flights.  Accidents due to pilot error, mechanical problems and weather are fairly common. The National Transportation and Safety Board considers travel in small planes to be much more hazardous than on commercial flights, with a disproportionate number of plane crashes.  This less of a problem now, as small planes are no longer allowed to fly over New York City since 9/11.

In 2009, new rules went into effect after a tourist helicopter collided with a light plane over the Hudson River.  The new rules created levels for different types flights, but these rules did not do much to prevent accidents and congestion.