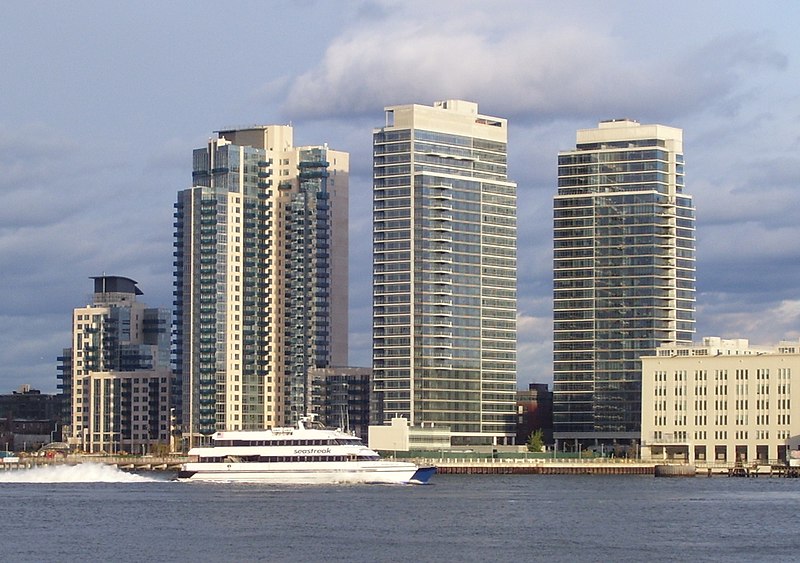 I grew up with many stories about Williamsburg, Brooklyn, my father’s hometown.  Whenever I complained about just about anything, his response would be, “at least you didn’t grow up in Williamsburg.”  I thought it was literally the worst place on Earth, with flies swarming around manure.  Actually, when he was growing up, in the 1930’s the streets actually were full of dung and swarming flies, as cars were still a luxury in poor neighborhoods.  In fact, the legend goes, my grandfather had a stable business, that was losing ground to cars, so he became a taxi driver, in Williamsburg, where his family of seven lived in a 2 room apartment and all shared one pint of ice cream as a treat.

In the 1980’s my artist friends started moving to Williamsburg, where they could get large lofts for good prices, as long as they didn’t mind occasionally getting in the cross-fire of a gang war.  I stayed with one of these friends for a few days, but couldn’t hack it, finding the sound of the gunshots too alarming.  But then, like with so many other New York neighborhoods, the artists kept moving in, the rents started going up – safer, more expensive, more restaurants, a Duane Reade, a Starbucks, etc. etc.  This dingy neighborhood of old factory buildings and tenements because utterly chic.  I have to admit, it started to be a pretty fun place.  But then it got ruined, like completely ruined, as towering overpriced highrises began to take over the waterfront.

Sadly, and in my humble opinion, Williamsburg is an example of how a place can get wiped out by gentrification – the place just isn’t even fun anymore.  While mourning dear Williamsburg I came across an article in “Curbed NY” “Kushner Companies hit with $10M lawsuit over Williamsburg condo conversion – A 19-plaintiff lawsuit alleges harassment in the form of construction work and potential lead poisoning.”  The demise of beloved Williamsburg, it seems is getting one of my favorite people in big trouble.  I’ve never heard of “Curbed NY,” (no offense, maybe I’m just not paying attention,) but then I saw that many papers, including The New York Times, were covering the story.  The Times reports, “When the Kushner Companies bought the building at 184 Kent Avenue in Brooklyn in 2015, there were 316 rent-stabilized tenants, seemingly protected from eviction and large rent increases.”  The plaintiffs allege that Kushner companies created such a great health hazard during renovations, that there were constructively evicted.  Even worse, Kushner came here from New Jersey to do this.

Photo Attribution: By Beyond My Ken [GFDL (http://www.gnu.org/copyleft/fdl.html) or CC BY-SA 4.0 (https://creativecommons.org/licenses/by-sa/4.0)], from Wikimedia Commons

About the Author: Admin

Alyce Wittenstein is a world class attorney, blogger and filmmaker. She began working at the firm in 1985 as a managing paralegal, learning all the practices and procedures of the firm from Mr. Wittenstein and the staff. From 1995-1998, she attended CUNY Law School where she made a mark as a teaching assistant for Civil Rights leader Haywood Burns. She founded a Human Rights Delegation to Haiti and studied Constitutional Law with Supreme Court Justice Ruth Bader Ginsburg. Working at the Equal Opportunity Employment Commision (EEOC), she learned a great deal about Employment Discrimination matters. She brought her knowledge of the Personal Injury practice and her passion for Civil Rights to the firm when she was admitted to the Bar in 1999. In 2000, she became a partner and the firm name was changed to Wittenstein & Wittenstein, Esqs. PC.