Can an Inmate Sue for Abuse and Neglect? 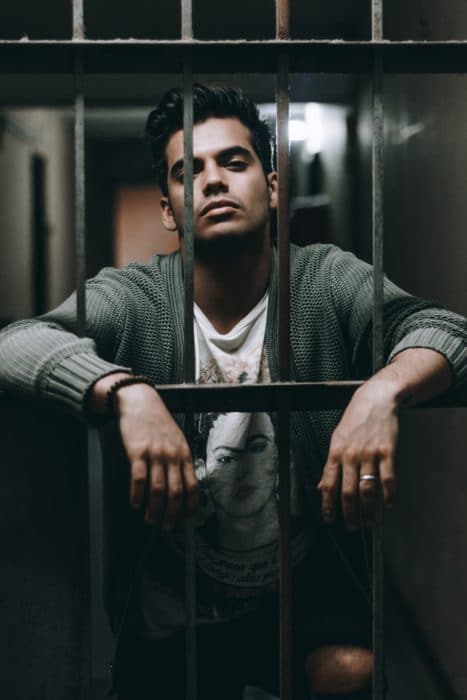 Yes, inmates are entitled to rights while in prison which can be asserted as claims for compensation.  A New York inmate abuse and neglect attorney can be hired to represent you.  If you have been a victim of abuse by prison staff or other prisoners, it’s worth investigating whether you have a claim.  If you have been denied proper medical care, disability accommodation, mental health treatment, you may have a compensatable claim.  You assert these rights, you will need the help of a New York inmate abuse and neglect attorney.

The United States has more people incarcerated that any other country in the World, with conditions much worse than any other developed country.  This is despite the prohibition in the United States Constitution against “cruel and unusual punishment” which prohibits abuse and neglect in prisons.  A New York inmate abuse and neglect attorney is well aware of all the laws that protect inmates and will fight for your rights.

NO FEE UNLESS WE WIN

If you’ve been seriously injured on somebody else’s property, you might be wondering if you should sue. You are considering making a premises liability claim, but you don’t want to be a greedy nasty person. On the other hand, you've lost time from work and can’t enjoy the same physical activities as before the accident, so it’s natural to consider whether you’re entitled to compensation. That’s why we’re going to outline how courts determine whether a property owner is legally liable when somebody gets hurt. It’s always a good idea to call us at 718-261-8114 if you’ve had any kind of accident for a specific answer regarding the facts of your particular situation. Premises liability claims [...]

In the United States, the First Amendment of the Constitution protects our right to practice the religion of our choice.  The State and City of New York have passed laws that offer increased protection from interference with religious practice and discrimination based on religion.  Just like the right to move your fist ends at the tip of another person’s nose, the government will limit the right to a religious practice that they believe endangers the community as a whole.  Justice Denise Hartman upheld the law abolishing religious exemptions to vaccinations, referring to a US Supreme Court decision from 1944, “The right to practice religion does not include liberty to expose the community or the child to [...]

Black History Month- Recognizing Notable Lawyer: Michelle Obama We’ve seen Michelle Obama poised by Barack Obama’s side during his presidency countless times. Fashionable and statuesque, she handled her position as first lady with a deftness and grace that belied the initial criticism she faced. For eight years, she proudly served as the premiere  African-American first lady. There is so much more to know about Michelle Obama - here are some things you might not be aware of: 1. She is one of only three first ladies with a Graduate Degree. After graduating Magna Cum Laude with her Bachelors Degree in Sociology from Princeton University, Michelle Obama went on to receive her Law Degree from Harvard Law [...]

Remembering Dr. Martin Luther King, Jr. “Darkness cannot drive out darkness; only light can do that. Hate cannot drive out hate; only love can do that.” -Dr. Martin Luther King, Jr   Martin Luther King Jr. Day was officially observed as a national holiday for the very first time on January 20, 1986. Signed into law three years prior by President Ronald Reagan, the day was chosen to be on the 3rd Monday of every January.  His positive messages while fighting for equality set the mood for groundbreaking laws requiring equality.   Sit Wherever You’d Like to New Yorkers love to lament the unreliability of the MTA, and these complaints have some merit, but we can [...]

Everything You Ever Wanted to Know About Bicycle Accidents

Many cities, including New York City, are encouraging residents and visitors to use bikes to get around the city.  There are more bike lanes being put in every day, and you can rent a "Citi-bike" just about anywhere.  It's not surprising that this has resulted in an increasing number of bike accidents citywide.  They only have two wheels, so they are easy to tip over when they are hit by a car.  There is no protection other than a helmet for the bicyclist, so injuries from bike accidents tend to be serious.  If you are injured in a bicycle accident, an experienced bicycle accident attorney in NYC can explain the law as it applies to [...]

President George Bush’s Legacy- 7 Ways How the ADA Impacts Us Today A little over a week ago, on November 30, 2018, we lost our 41st president. George H.W Bush served as president from 1989-1993, and prior to his presidency, served as vice president from 1981 to 1989. Though we may not agree with all of his policies, the American Disability Act passed during his administration continues to be a major contribution to our society. The American Disability Act (ADA) was signed into law on July 26, 1990 and was implemented with the goal of increasing inclusion for persons with disabilities in employment,  telecommunications, public accommodations in both the public and private sector. Most of us, [...]

About the Author: Admin

Senior Partner Ms. Wittenstein began working at the firm in 1985 as a managing paralegal, learning all the practices and procedures of the firm from Mr. Wittenstein and the staff. From 1995-1998, she attended CUNY Law School where she made a mark as a teaching assistant for Civil Rights leader Haywood Burns. She founded a Human Rights Delegation to Haiti and studied Constitutional Law with Supreme Court Justice Ruth Bader Ginsburg. Working at the Equal Opportunity Employment Commision (EEOC), she learned a great deal about Employment Discrimination matters. She brought her knowledge of the Personal Injury practice and her passion for Civil Rights to the firm when she was admitted to the Bar in 1999. In 2000, she became a partner and the firm name was changed to Wittenstein & Wittenstein, Esqs. PC.